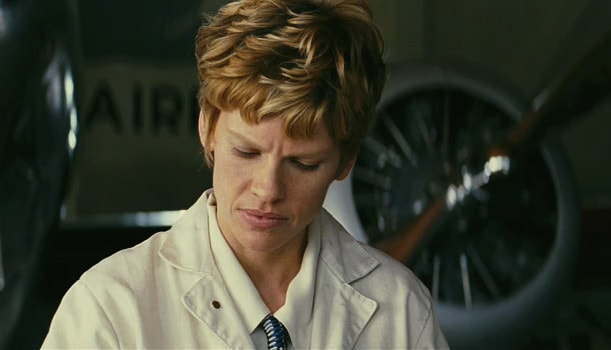 If you’re going to make a film about an aviatrix, it better soar. Mira Nair's AMELIA seems to understand this with reverent voiceovers about flight sprinkled throughout. It even begins by prepping for liftoff as we see Amelia Earhart (Hilary Swank) waving from her plane’s wing, about to embark on a historic flight. Unfortunately it's the historic flight, as in her last. Argh! The movie has opted for that musty old biopic framing device: Start at the famous end, jump backwards in time to see how it all began, count down with us to the famous celebrity death! When a biopic begins this way, you have to worry that it has nothing fresh to say, being closer in spirit to a Wikipedia entry than a movie.

From that initial take off, complete with an overzealous score that assumes every moment's a climactic one, Amelia the film zooms through Amelia the person's rise to fame as if we all know every detail and can't wait to get to that doomed flight. Though clearly in a rush to get there, it feels like it's crawling rather than flying toward its final destination. There's no window view into this woman and the storytelling discards abundant opportunities to actually show us about what it would have been like to be this hugely famous trailblazer. Shouldn’t a film about a woman who broke gender barriers in the workplace and also resisted them at home with an open marriage feel fresh or even electric in its daring?

You could blame the director but Mira Nair once made great movies like Salaam Bombay and Monsoon Wedding so that's no fun. Let's blame the actors! 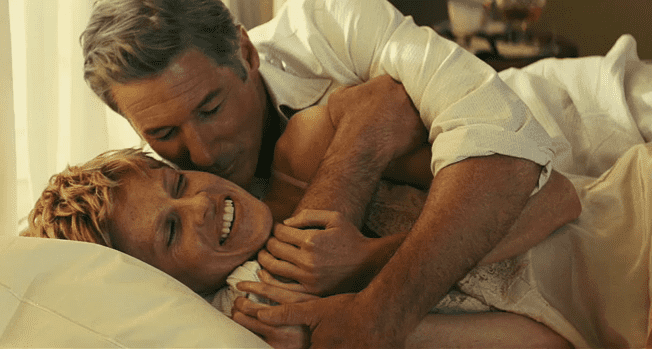 Richard Gere plays, Amelia's husband/manager and failed svengali (she won't be controlled!). Amelia only mysteriously vanished once in her famous life but Gere's accent performs that trick in every other scene. Ewan McGregor is suave as Amelia's lover Gene Vidal (yes, the father of Gore) but there's nothing much to the performance. As for the the two-time Oscar winner… she's right in her element on paper, once again playing a woman who dies tragically while living a life that the mainstream deems manly (see also: Boys Don't Cry … in which she actually was a man and Million Dollar Baby in which she played a boxer) but it's a case of diminishing returns. The makeup department nails the look of Amelia but Swank is altogether stiff when trying to capture her spirit. Not that the screenplay helps. Gazing at soaring birds while shouting "Look how free they are!" is not the same thing as revealing a character's unbridled passions and wanderlust fire. Perhaps most problematically there's just no chemistry to either romance. You can rub wooden actors together but you're not going to spark a fire.

Twice in the film Earhart struggles with aircraft which are carrying too much weight to fly. Defying the odds, she gets both of them off the ground. This film on the other hand never lifts off. 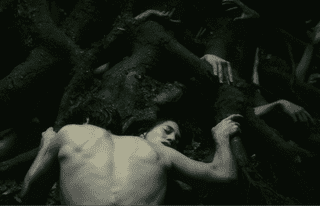 If you’re looking for something more Halloween appropriate there’s possessed women, serial killers, malevolent spirits and vampires roaming the multiplex. Mischievous firestarter Lars Von Trier is back with the controversial ANTICHRIST which has to be seen to be believed, even if you've already heard of its every outlandish moment. More on that film here but for what it's worth, you'll finally see Willem Dafoe's gossiped about penis. For his sake, I hope it was a prosthetic. Ouch!

If mainstream misanthrophy is more your style the sixth installment of the Saw franchise arrives. For number seven, can't they just torture the filmmakers instead of the actors? Speaking of torture… Uma is trying comedy again with MOTHERHOOD (Oh Uma, play to your strengths!). There's also ASTROBOY and THE VAMPIRE'S ASSISTANT. Finally, the buzzy supernatural horror flick PARANORMAL ACTIVITY continues its expansion, too, and may finally topple Saw's annual Halloween dominance.

Last weekend marked the anniversary of the birth of Montgomery Clift, one of the greatest ever. Kim Morgan wrote a beautiful piece on his eyes in A Place in the Sun to mark the occassion. Mmm, Monty. 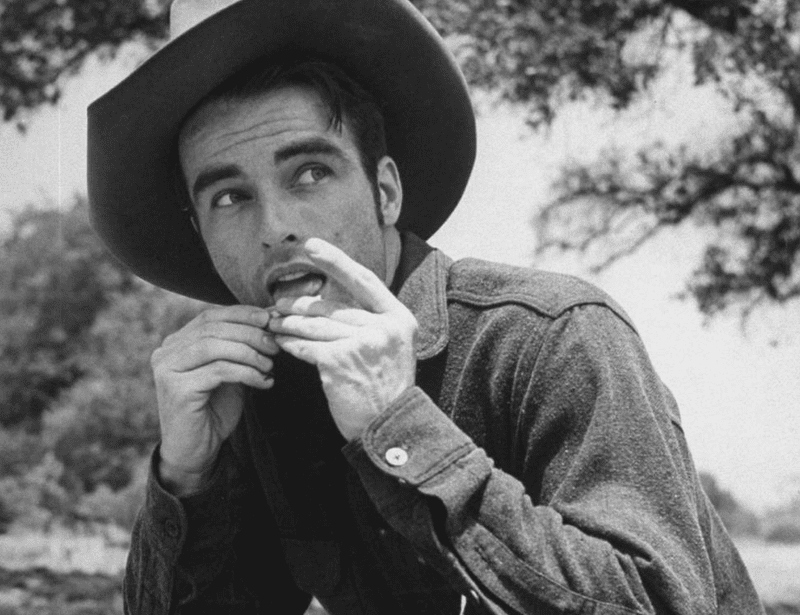 You can't go wrong renting The Heiress, A Place in the Sun, Red River or From Here To Eternity to celebrate his 89th anniversary. If you've seen all of those classics already, check out The Big Lift.

I had the opportunity to attend Stanley Tucci and Tilda Swinton events this week if you're interested in those fine actors. I always worry when straight actors talk about their gay roles (so many ways to offend) but Tucci did all right in that regard with fun memories of "Nigel" in The Devil Wears Prada. 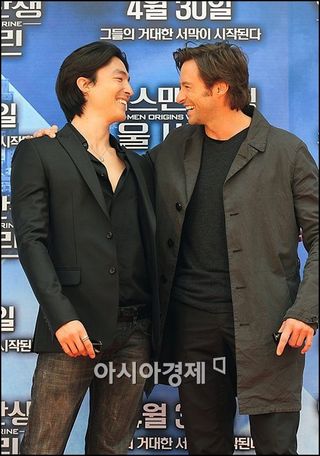 You've already heard the Tom Cruise money quote from Bronson Pinchot's AV Club interview (Cruise's reps are spinning it as a joke) but I really suggest reading the whole article, because Pinchot doesn't mince words about any of his past co-stars including Bette Midler, Denzel Washington, Mischa Barton and Eddie Murphy. Actors rarely dish this much. Will he ever work again?

In nicer celebrity quote news, model/actor Daniel Henney told CNN Asia that he loves Hugh Jackman <blockquote>He’s the nicest guy I’ve ever met, the epitome of all that is goodabout big-time stars. He restored my faith that someone can reach thetop of their game and still be a humble guy to the core. Each week,he’d spend $4,000 on lottery tickets for the whole crew. He’d go aroundthe set, asking people, “Did you win?” He created a sense ofcamaraderie. I have a man-crush on Hugh, it’s ridiculous.</blockquote> That's so sweet. But don't you kind of wish "man crush" would be retired from the vernacular?

Or maybe you're more annoyed by straight actors talking about their gay performances? Or Hilary Swank? Sound off in the comments.