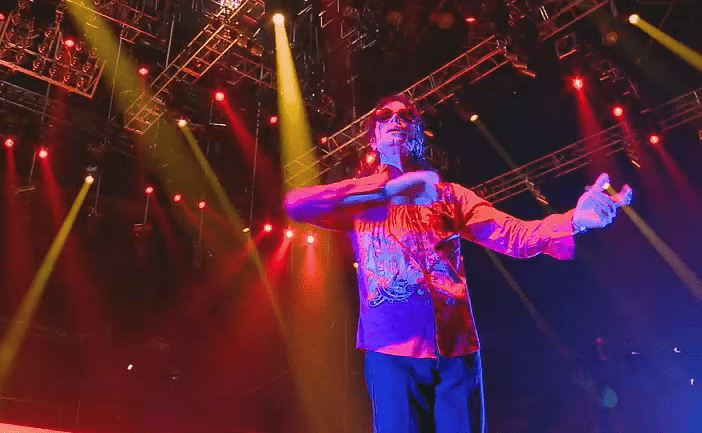 Nathaniel Rogers hopes you'll dress up as a movie character for Halloween. He blogs daily at the Film Experience.

This Is… not the weekend for new releases. Horror films Paranormal Activity and Saw XI topped the box office last weekend and should continue doing well over the holiday with no new scary movies going wide. Unless you count This Is It, which brings Michael Jackson back from the beyond for his next concert tour. And yes, he does perform the zombie dance from Thriller. I'm not trying to make a joke here, it's just that reel commerce on the heels of real tragedy is scary for some of us. Others will undoubtedly love seeing the legend back in action.

Opening in limited release: The House of the Devil, Gentlemen Broncos, and The Boondock Saints II: All Saint's Day.

I'm kidding but that's all I could think of when I saw this new frame of Matt Damon. (Damon lost that weight from The Informant quickly, no?). 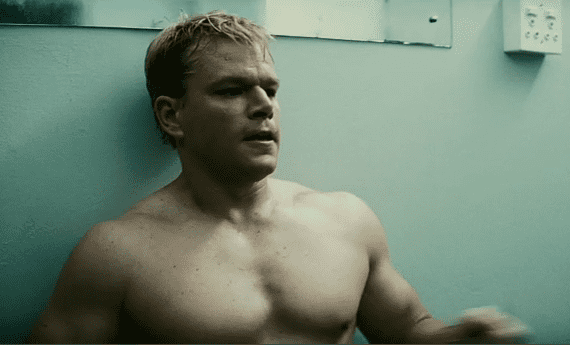 My first memory of Matt Damon is the shower scene from the 1992 prep school drama School Ties. So when I see him in a locker room, that's where my mind goes. Don't judge. The image above comes from the trailer to Invictus, Clint Eastwood's annual December release/plea for Oscars.  Invictus recounts the true story of Nelson Mandela's attempts to unite South Africa with the help of rugby star Francois Pienaar.

Speaking of new bodies, you can now get a much better look at Sam Worthington's avatar (blue, catlike) in the new plot-heavier trailer to James Cameron's next blockbuster Avatar.

I hated Amelia but I did enjoy the unexpected presence of Gore Vidal (played by young actor William Cuddy) if only to think about how much he would do with himself after the movie. The always fascinating figure has a new interview with interview with the Atlantic. He savages the press…

The media can’t get anything straight. Plus, there’s usually an anti-Semitic and anti-fag thing going on with the press – lots of crazy things.

…before launching into inflammatory statements about the Roman Polanski case. For good measure he labels Martin Scorsese "sexless" and Warren Beatty and Jack Nicholson "virgins."

I have to run — haven't even started on my costume! — but I'm wondering: Which movie most reminds you of Halloween?

I'll go first: There's a lot of competition for the title but I'm feeling old school classic right this moment and I want to go with Whatever Happened to Baby Jane? I'm guessing that some twosome has done Baby Jane & Blanche Hudson in every Halloween parade that's happened since 1962. And why not? It's one of the great smorgasbord movies: a feast with equal servings of horror, comedy, melodrama, psychological profiling and Hollywood-on-Hollywood mythology. I particularly love Bette's relentlessly delusional ditty "I've Written a Letter to Daddy" That's still one of the scariest things you'll ever see or hear onscreen. Scary, I mean to say, in the giggle while you gulp sort of way. In other words: 100% perfect for Halloween. Have a happy one.