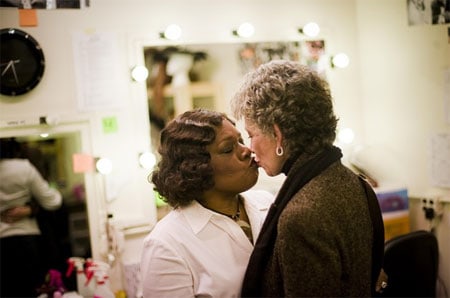 A year ago actress Terri White was homeless, alone, and living in Washington Square Park. Now she's on Broadway in Finian's Rainbow and preparing to have a commitment ceremony with her partner Donna Barnett. The NYT has her amazing story:

"Most of her fellow cast members in 'Finian’s Rainbow' know enough about Ms. White’s trials that when she sings, 'There ought to be a law against necessity,' they sing back, with particular feeling, 'Sister, you’re so right.'"