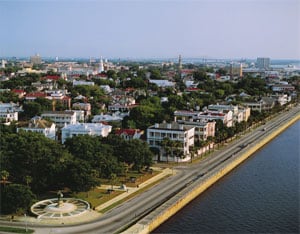 South Carolina Equality lauded the news: "All across South Carolina, we are celebrating this historic victory
for all families as Charleston joins Columbia as the second city in the
state to enact such nondiscrimination ordinances. These pro-business ordinances are consistent with the values of
Charlestonians; they send the clear message that Charleston welcomes
families from all walks of life."

Previous Post: « Watch: Adam Lambert’s ‘For Your Entertainment’ Video
Next Post: At Least 8 Out Gays Among 338 Guests at White House State Dinner »