Earlier this week I posted a link to a story about a gay activist in Cameroon who was turned in to police by a taxi driver last week after discussing homosexuality in a cab. Sebastien Mandeng, the activist and Deputy President of the Association pour la Defense de le Homosexualite (ADEFHO), wrote a blog post in which he discussed the detention: 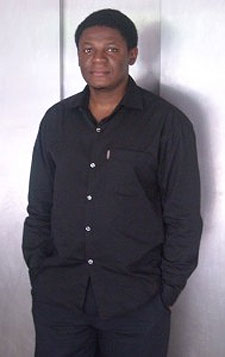 When returning from a trip with some friends, we hired a taxi, and
during the ride we spoke about subjects relating to LGBTI rights and
the need for decriminalization.  From time to time the taxi-driver
intervened in our conversation, and I asked for his opinions on the
subject.

It was precisely at this moment that the situation took a turn for the worse.

He began driving much faster, shouting that instead of taking me to
the final destination I had requested, he would take me to the nearest
police station.  When we arrived there, I paid the fare, and he became
hysterical, crying out that he works hard with his hands and cannot
tolerate homosexual practices.
When I arrived at the police station, it was four o’clock in the
morning and the police locked me, barefoot, in a cell with no
electricity, and insisted that the locked cell would provide
protection. Throughout the hours I remained in custody I was subjected
to insults, mocking and sarcasm from the policemen, who demanded to
know why I don’t like women, why I prefer men, and “unnatural
relations.”

At one point the police threatened to insert their fingers into my
anus in order to verify whether I am often sodomized, in order to
charge me with homosexual activity later.  I forcibly resisted,
insisting that anyone who touched me would have to do so over my dead
body.

Mandeng spent the night in the cell and was released after requesting legal representation.

Previous Post: « Good News for Whales
Next Post: Fundies: ‘Do Not Be Fooled’ by Gay-Friendly LDS Actions »