Federal judge rules that gay couple denied benefits should receive compensation: "U.S. 9th Circuit Court of Appeals Judge Stephen Reinhardt deemed the
denial of healthcare and other benefits to the spouse of federal public
defender Brad Levenson to be a violation of the Constitution's
guarantee of due process and discrimination on the basis of sexual
orientation, which is prohibited by California state law." 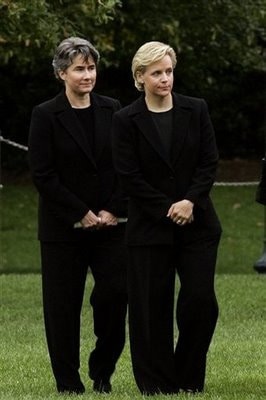 Mary Cheney and Heather Poe welcome new baby: "Sarah
Lynne Cheney was born Wednesday morning at Sibley Hospital in
Washington, weighing 6 pounds and 14 ounces. She is the seventh
grandchild of the former vice president and his wife, Lynne."

Mariah Carey demands 20 fluffy white kittens, 100 doves, 80 security guards and more so she can turn on the Christmas lights at a London mall.

Robert Pattinson can play things other than vampires.

David Vitter won't comment on the Louisiana justice who refused to marry an interracial couple because he isn't familiar with Loving v. Virginia, the Supreme Court case which lifted the ban on interracial marriages.

Demi Moore has lost a chunk of her thigh! 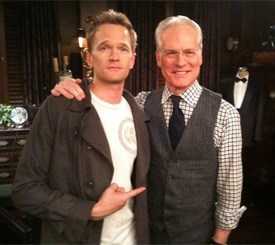 Probably one of the skankiest beards in Hollywood.

Anti-gay evangelicals met with protest at Syracuse University: "Pesto, a junior from Westchester County, said he saw the Deferios’
signs earlier in the day. It made him uncomfortable, he said, so he
made his own sign. 'Corduroy skirts are a sin,' it said, referring to
what Michelle Deferio was wearing. 'I was just making a gay joke,' he said. But friends saw him and joined in, standing with him and making signs of their own. Other students came and, by 6:30, there were about 70 people at the scene, holding signs, cheering and challenging the Deferios."

If you were called "Mary" for 55 years would you really want your name changed to "Terry"? 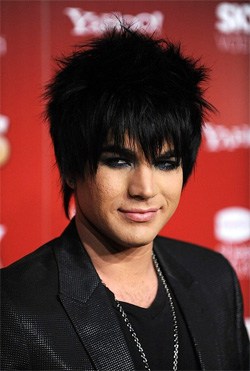 Adam Lambert is starting to resemble a member of the Queen's Guard.

Mall Santas and doctors neckties are to be avoided if you want to escape the flu.

Lutherans upset over gay clergy split to form new denomination: "Leaders of Lutheran CORE said Wednesday that a working group would
immediately begin drafting a constitution and taking other steps to
form the denomination, with hopes to have it off the ground by next
August. 'There are many people within the ELCA who are very
unhappy with what has happened,' said the Rev. Paull Spring, chairman
of Lutheran CORE and a retired ELCA bishop from State College, Pa."