Over the weekend the brutalized body of gay teen George Steven Lopez Mercado was found by the side of a road in Puerto Rico. The police investigator suggested that he deserved what he got because of the "type of lifestyle" he was leading. 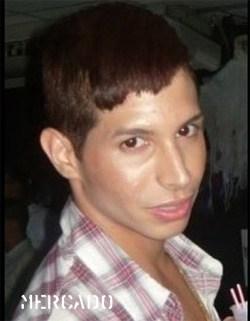 According to an iReport by Chrisopher Pagan: "On November 14 the body of a gay 19 year old was found a few miles away from the town in which he was residing in called Caguas. He was a very well known person in the gay community of Puerto Rico, and very loved. He was found on the site of an isolated road in the city of Cayey, he was partially burned, decapitated, and dismembered, both arms, both legs, and the torso.

This has caused a huge reaction from the gay community here, but its a difficult situation. Never in the history of Puerto Rico has a murder been classified as a hate crime. Even though we have to follow federal mandates and laws, many of the laws in which are passed in the USA such as Obama’s new bill, do not always directly get practiced in Puerto Rico. The police agent that is handling this case said on a public televised statement that 'people who lead this type of lifestyle need to be aware that this will happen'. As If the boy murdered Jorge Steven Lopez was asking to get killed…" 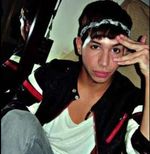 Here's a report on the murder (in Spanish) from PrimeraHora.com. Said activist Pedro Julio Serrano: "It is inconceivable that the investigating officer suggests that the victim deserved his fate, like a woman deserves rape for wearing a short skirt. We demand condemnation of this investigator and demand that Superintendente Figueroa Sancha replace him with someone capable of investigating this case without prejudice." (my translation, please suggest a better one if you can).

Previous Post: « Watch: Massive Stingray Caught on Video for First Time
Next Post: Ian McKellen on Religious Bigotry, Out Actors, and His Epitaph »