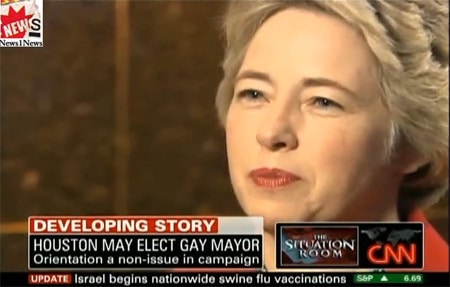 Note: Political director Corey Johnson and I will be live-bloggingelection results tomorrow evening here on the site. Please join us.

CNN's The Situation Room looks at the Houston mayoral race, where open lesbian Annise Parker is in such an extremely tight race that no candidate is expected to get a majority tomorrow, putting contenders in a run-off in December.

Parker would be the nation's first openly gay female mayor of a major city. Watch,
AFTER THE JUMP…