Some interesting developments in the Massachusetts race for governor. 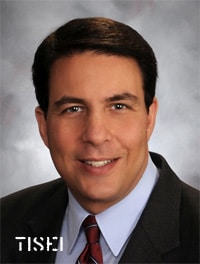 "Charlie Baker, a moderate Republican running to become the governor of
Massachusetts, has chosen State Sen. Richard Tisei, who is openly gay,
as his running mate.  Baker issued the following on his Twitter account
this morning:  'Want you to be the first to know: I’ve chosen State
Senator Richard Tisei as my running mate. Excited about this team.'
Tisei is the Senate Minority Leader, and played a key role in the
fight to retain marriage equality in Massachusetts."

Tisei publicly discosed to the Boston Globe last week that he is gay:

"Tisei was first elected to the House at age 22 and moved to the Senate
in 1991. His sexual orientation has been an open secret on Beacon Hill,
and he disclosed it publicly yesterday in an interview with the Globe,
anticipating the scrutiny that would accompany a statewide candidacy. 'It is not exactly a news flash,' he said . 'I don’t think people
really care these days.'"

The Boston Herald reports: "Baker and the Senate minority leader will take on convenience store magnate Christy Mihos in the Republican primary. The winner is set to face off against state Treasurer Timothy Cahill and incumbent Gov. Deval Patrick in a three-way contest in 2010."