Following Kalamazoo, Michigan's overwhelming passage of an anti-discrimination law on Tuesday, state lawmaker Pam Byrnes has renewed an effort she announced in June, introducing legislation to repeal the state's 2004 amendment declaring marriage between a man and a woman. 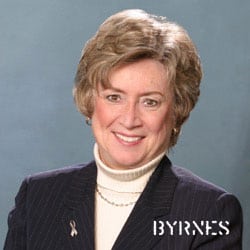 Byrnes said public opinion has swung quickly in recent years, especially in reaction to stories of same-sex couples being denied access to a partner's health care benefits or visitation rights to their loved ones at hospitals. 'I know it's going to be a struggle,' she said. '(But) we have seen some very significant changes in a short period of time; the ordinance in Kalamazoo is an indication.' … 'If (people) have a gay daughter or son, they think they should be able to enter into a committed relationship,' Byrnes said. 'We're going to keep pushing this until we have enough votes to do it.'

Catholic groups say they will oppose the measure if it gains steam:

Maluchnik disagreed with the notion that what happened in Kalamazoo reflects a change in public sentiment on the same-sex marriage issue. He said he doesn't think the initiative to get the issue back on the ballot will gain traction in the state, but if it does the Michigan Catholic Conference will oppose it.' We've made our position on the issue of marriage loud and clear and will continue to do so,' Maluchnik said. 'Michigan voters are concerned right now about the state's economy and anything that (distracts) the Legislature from that issue is not in Michigan's best interest.'"