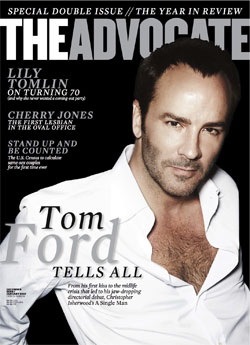 "I don’t even remember much about my time at Yves Saint Laurent, though
I do think some of my best collections were [there]—other than that
black-and-white initial one. That one wasn’t very successful and wasn’t
very good. But being at Yves Saint Laurent was such a negative
experience for me even though the business boomed while I was there.
Yves and his partner, Pierre Bergé, were so difficult and so evil and
made my life such misery. I’d lived in France off and on and had always
loved it. I went to college in France. It wasn’t until I started
working in France that I began to dislike it. They would call the
fiscal police, and they would show up at our offices. You are not able
to work an employee more than 35 hours a week. They’re like Nazis,
those police. They’d come marching in, and you had to let them in and
they’d interview my secretary. And they can fine you and shut you down.
Pierre was the one calling them. I’ve never talked about this
on the record before, but it was an awful time for me. Pierre and Yves
were just evil. So Yves Saint Laurent doesn’t exist for me."

Ford also says he's in favor of civil partnerships and not marriage, for everyone. 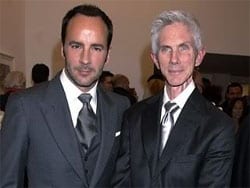 "A few weeks ago Richard had to go into the hospital for something, and
I had to carry around all these legal documents saying I could make
medical decisions for him. It was insane. The fact that we are not
married in the federal sense means that if I were to die, he’d have to
pay all these taxes on my estate and receive but a fraction of it and
he’d have to alter his life —whereas if we were married, he wouldn’t
have to face that burden. That’s disgusting. It’s wrong. But that said,
I think I am in favor of terming what I’m talking about as a civil
partnership. We all get so caught up with this word marriage. For me,
the word marriage is something that a religion should decide. Just give
me all the same rights. A civil partnership is what I’d like for
everyone—heterosexual as well as homosexual. Call it what you like—it’s
the rights that are important. Getting hung up with the semantics
derails the cause we’re all fighting for."

More at the Advocate. Check out the one-sheet and trailer for A Single Man, HERE.

Previous Post: « Carrie Prejean on Sex Tape: ‘Call It Whatever You Want’
Next Post: Showdown in Fort Worth as Task Force LGBT Recommendations Come Up for Vote; Rally Planned »