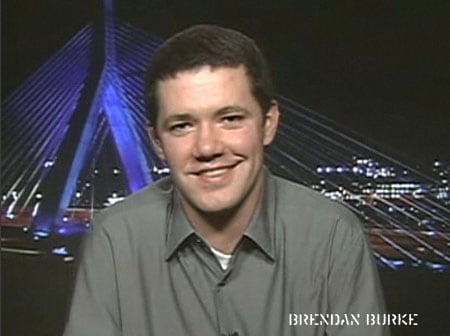 On Wednesday, I posted about an ESPN story onToronto Maple Leafs and U.S. Olympic Team General Manager Brian Burke, and his son Brendan's coming out. Brendan is on the staff of Miami University's #1 hockey team.

The story has received much attention in the hockey world. Brendan and Brian did an interview with The Sports Network (TSN) in Canada, talking about the decision to go public with their story.

Watch it (as well as some commentary on reactions to the story), AFTER THE JUMP… 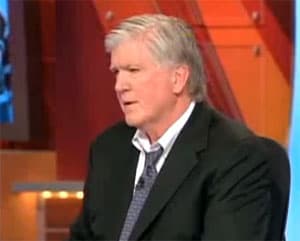 Said Brian of Brendan in the article: "I had a million good reasons to love and admire Brendan. This newsdidn't alter any of them.I would prefer Brendan hadn't decided to discuss this issue in thisvery public manner. There will be a great deal of reaction, and I feara large portion will be negative. But this takes guts, and I admireBrendan greatly, and happily march arm in arm with him on this.There are gay men in professional hockey. We would be fools to thinkotherwise. And it's sad that they feel the need to conceal this. Iunderstand why they do so, however.Can a gay man advance in professional hockey? He can if he works forthe Toronto Maple Leafs! Or for Miami University Hockey. God bless RicoBlasi! And I am certain these two organizations are not alone here.I wish this burden would fall on someone else's shoulders, notBrendan's. Pioneers are often misunderstood and mistrusted. But sincehe wishes to blaze this trail, I stand beside him with an axe! I simplycould not be more proud of Brendan than I am, and I love him as much asI admire him."

Brendan also gave an interview to Canada's Globe and Mail. "Like I've said before, my experience [with homophobia in the locker room] was basically with homophobicslurs and that kind of stuff. I think as soon as the stereotype of agay person was replaced by someone they knew, or were friends with, itchanged. Once they realized there might be a gay person next to them ora gay person in the locker room, the homophobia decreased greatly."

Watch the TSN interview and viewer reaction, AFTER THE JUMP…