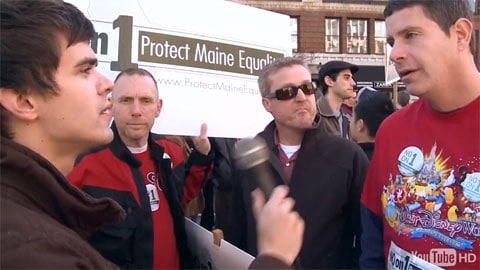 Jesse Connolly, campaign manager for Maine's "No on 1", wrote a piece yesterday for the Huffington Post explaining what he believes led to the campaign's defeat at the polls: 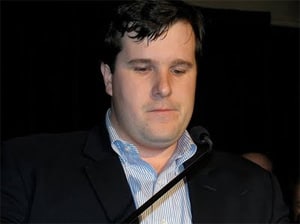 "…here's where it gets tricky and here's where we need some answersover the next several weeks or months. It's clear that pollingresearch, both ours and others, did not capture the intensity of Yes on1 support. Polling cannot predict turnout and the impact of Tuesday'sturnout was counterintuitive. We weren't alone: our opponents,political observers and field operatives all believed a high turnoutbenefited the NO on 1 vote. With voting approaching 60% in Maine, it'sclear that wasn't true. Here's what I do believe after some sleep and a break from thecaffeine: we moved the equality ball further up the hill, not just inMaine, but everywhere else. Voters do need these conversations which wehad by the tens of thousands; they do need to see real gay and lesbiancouples and their children up close and personal; and they do need tobe reminded that these are neighbors and soccer coaches we're talkingabout, not 'homosexual activists' which is the well worn handle ouropponents trot out."

New Left Media has produced an interesting 15-minute documentary about the campaign, which you can watch in two parts, AFTER THE JUMP…