Right-wing groups are planning an attack on Houston mayoral candidate Annise Parker, who is in a run-off election with City Attorney Gene Locke: 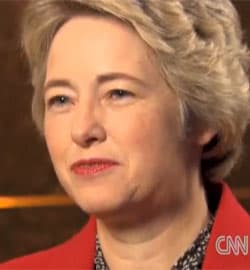 "The group ismotivated by concerns about a 'gay takeover' of City Hall, given thattwo other candidates in the five remaining City Council races are alsoopenly gay, as well as national interest driven by the possibility thatHouston could become the first major U.S. city to elect an openly gaywoman. Anotherprimary concern is that Parker or other elected officials would seek tooverturn a 2001 city charter amendment that prohibits the city fromproviding benefits to the domestic partners of gay and lesbianemployees. 'Thebottom line is that we didn't pick the battle, she did, when she madeher agenda and sexual preference a central part of her campaign,' saidDave Welch, executive director of the Houston Area Pastor Council,numbering more than 200 senior pastors in the Greater Houston area. 'National gay and lesbian activists see this as a historic opportunity.The reality is that's because they're promoting an agenda which webelieve to be contrary to the concerns of the community and destructiveto the family.'"

Parker, however, has not made these issues a central part of her campaign: "Parker has tread carefully in her candidacy for mayor, stressingfrequently that she is running not as a gay candidate but as aqualified city official who's won election six times. In a televiseddebate last month, she voiced 'no current plans' to revisit the citycharter amendment if elected, although she said the city will need tooffer benefits to the same-sex partners of its employees 'at somepoint.'"

Most of the forthcoming attacks are expected to involve mailings.

A CNN profile on Parker, which ran earlier this month, AFTER THE JUMP…

Previous Post: « Watch: Short Documentary on Maine’s ‘No on 1’ Campaign
Next Post: Prince Harry Kisses Gay Man for a Beer »