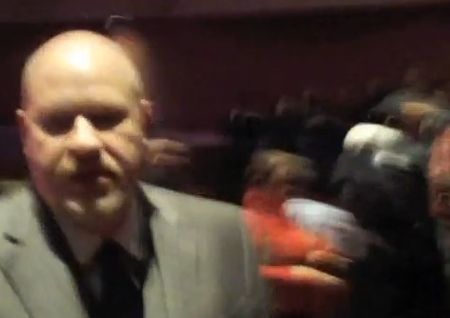 Some activists aren't allowing state senator Hiram Monserrate to forget the anti-gay marriage vote  he stuffed in the Christmas stockings of gay and lesbian New Yorkers.

On the anniversary of Monserrate slashing his girlfriend's face, activists from The Power crashed the senator's Queens Christmas party before being escorted out.