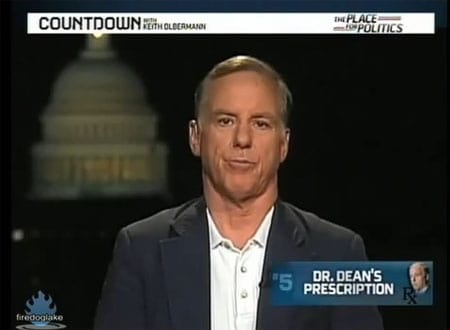 Howard Dean seems to be the only person making any sense in the health care bill debate right now, as the holidays approach, and Lieberman's selfish ego digs in, and  it looks like Democrats will compromise any bit of actual reform out of the bill just to see it pass.

Says Dean: "No, absolutely not. You can't vote for a bill like this in good conscience. It costs too much money. It isn't health care reform. It's not even insurance reform."

Said Dean on NPR earlier: “This is essentially the collapse of health care reform in the UnitedStates Senate. Honestly the best thing to do right now is kill theSenate bill, go back to the House, start the reconciliation process,where you only need 51 votes and it would be a much simpler bill.”