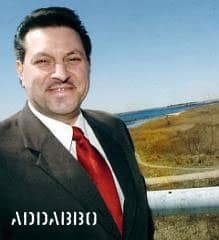 There was widespread speculation that at best 28 or 29 Democratic
votes could be secured, which meant at least three Republicans had to
be brought along.

If in fact some Republicans were taking a
serious look at the legislation, it may have been the Democrats’
inability to muster more than 24 votes that led the GOP, after a
bruising year in which control of the Senate changed party hands
several times, to retreat from Skelos’ earlier commitment.

“I
think if there is disappointment in a real big way, I think I’m very
disappointed in Joe Addabbo,” he said. “I think Joe Addabbo is better
than his vote.”

Addabbo, who supported gay rights on the City
Council and claimed an open mind on marriage equality in last fall’s
campaign, was one of the prime recipients of support last fall from the
Democratic State Senate Campaign Committee, to which the LGBT community
made significant contributions. Addabbo also secured the maximum
donation allowed –– $9,500 –– from software entrepreneur Tim Gill,
founder of influential gay philanthropic and political action
organizations.

Our Corey Johnson, who was in the gallery yesterday, told me independently that Addabbo was where the Democratic dominoes began falling.

There is a RALLY scheduled for tonight at 6 pm in Union Square to continue the fight for marriage equality.