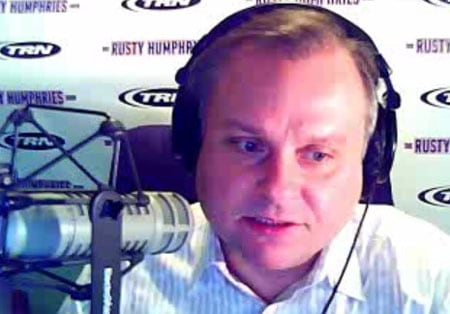 Sarah Palin spoke to conservative radio host Rusty Humphries yesterday and said that she agrees with those with concerns over Obama's birth certificate.

Said Palin: "I think the public rightfully is still making it an issue. I don't havea problem with that. I don't know if I would have to bother to make itan issue [if I ran for election], because I think that members of the electorate still wantanswers…I think it's a fair question, just like I think past association and past voting records — all of that is fair game. The McCain-Palin campaign didn't do a good enough job in that area."

She also legitimized the debate by offering the comparison that she had to produce a birth certificate to prove her son Trig was really hers.

Palin later "clarified" her views on Facebook: "Voters have every right to ask candidates for information if they sochoose. I’ve pointed out that it was seemingly fair game during the2008 election for many on the left to badger my doctor and lawyer forproof that Trig is in fact my child. Conspiracy-minded reporters andvoters had a right to ask… which they have repeatedly. But at nopoint – not during the campaign, and not during recent interviews –have I asked the president to produce his birth certificate orsuggested that he was not born in the United States."