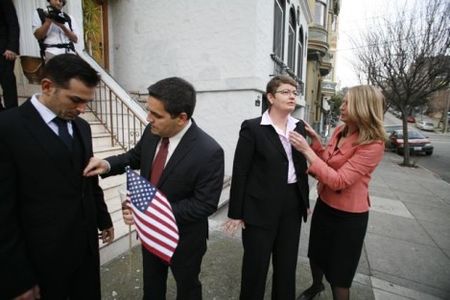 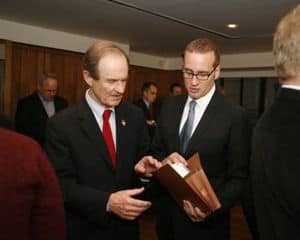 Remember how Prop 8 supporter Hak-Shing William Tam wanted out of the Prop 8 lawsuit? Here's the likely reason why.

Rick Jacobs of the Courage Campaign has been liveblogging the trial – there's a lot there.

Karen Ocamb's extensive Day 1 wrap-up. Here are her quick observations from Day 2. And a second post on Day 2.

Day 2 was more about history lessons, the NYT reports.

Eve Conant writes on the relevance of Slavery to the Prop 8 trial in Newsweek: "With the two gay couples off the stand for now, attorneys for the plaintiffs in Perry v. Schwarzeneggerare turning to experts and historians to dissect the meaning andprogress of the institution of marriage. Yet instead of gay marriage,historian Nancy E. Cott, a former Yale and now Harvard professor, hasbeen grilled today and yesterday more about slavery than homosexuality. Why? Because the plaintiffs are using myriad laws related to slavesand marriage as an example of how the American legal system has had toadjust and progress over time when it comes to marriage."

More from the Sacramento Bee: "Cott told the court that governments in the United States have used marriage as a 'governing vehicle' to bestow benefits — she cited Social Security payments — and also to punish and control citizens and immigrants.She described how racial restrictions on marriage during slavery — slaves could not legally wed — and how state laws sought to prevent whites from marrying Asian immigrants and blacks. An American woman who married a foreigner ineligible for citizenship — such as a Chinese man — would lose her U.S. citizenship, she said."

A news report from Salt Lake City on how Mormon documents may be making their way to the trial, AFTER THE JUMP…