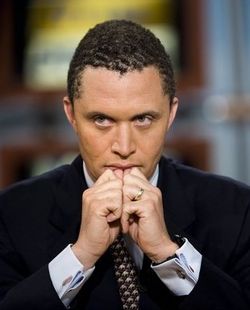 Said Van Capelle in a statement:

I know Harold Ford, Jr. just arrived to New York, but as a native and lifelong resident I know what New York values are and I know a snake oil salesman when I see one. You simply can’t claim to be pro-equality if you’ve twice voted to enshrine discrimination into the U.S. Constitution.

While it may be tempting for Mr. Ford to compare himself to people like Senator Chuck Schumer, the fact remains that Senator Schumer—who did evolve on his position on marriage equality—has been a longtime supporter of several pieces of legislation that are very important to LGBT people and never supported the awful Federal Marriage Amendment. Harold Ford, Jr. is no Chuck Schumer and he is no Kirsten Gillibrand.

The fact is Senator Gillibrand has voted in support of LGBT equality every time she’s had the chance to during her entire career as an elected official. Kirsten Gillibrand has supported LGBT people and Harold Ford, Jr. has not.

Quite frankly, I cannot point to another member of the U.S. Senate who, in their first year in office, has been more outspoken and passionate than Kirsten Gillibrand about her support for legislation that would finally provide full equality to LGBT Americans. Personally speaking, she will have my vote and I would think that the work she has done over the past year has earned her the support of the vast majority of LGBT New Yorkers.