Amanda Simpson has been named Senior Technical Advisor to the Department of Commerce: 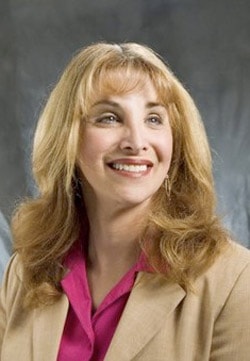 "A 2004 YWCA 'Woman on the Move,' Simpson recently served as Deputy
Director in Advanced Technology Development at Raytheon Missile Systems
in Tucson, Arizona.
At Raytheon, Simpson — a former test pilot who had worked for the
company for more than a generation — transitioned from male to female
and was instrumental in convincing the military contractor to add
gender identity and expression to its equal employment opportunity
policy."

Said Simpson in a press release: “I'm truly honored to have received this appointment and am eager and
excited about this opportunity that is before me. And
at the same time, as one of the first transgender presidential
appointees to the federal government, I hope that I will soon be one of
hundreds, and that this appointment opens future opportunities for many
others.”