A couple interesting pieces of news to emerge as the Prop 8 trial approaches on Monday. 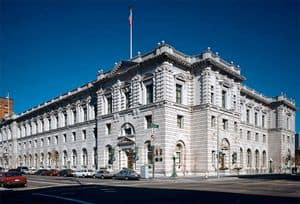 A defendant in the Prop 8 case wants out:

"Hak-Shing William Tam was one of the five official sponsors of Proposition 8 who formally 'intervened' in a federal lawsuit challenging the voter-approved ban. The lawsuit officially names the state as the defendant, but Gov. Arnold Schwarzenegger and Attorney General Jerry Brown have refused to defend the voter-approved ban.

On Friday, Tam told U.S. District Court Judge Vaughn Walker that he fears for his and his family's safety. In his court filing, Tam's lawyers say the trial will bring him unwanted publicity and expose him to retribution from gay marriage supporters.

Tam also says the case has been more time-consuming and more intrusive into his personal life than expected."

And the National Organization for Marriage's (NOM) Brian Brown sent out a fundraising letter on Friday with this nugget regarding the upcoming trial:

"We do not expect to win at the trial level, but with God’s help, at least five members of the current Supreme Court will have the courage to defend our Constitution from this grave attack."

Brown says NOM will be filing an amicus brief in the case, adding:

"But there’s a topline message here about this trial even many informed voters don’t yet realized: It’s not about California, it’s about the whole country. Gay-marriage advocates are in federal court arguing for a federal constitutional right to gay marriage that would trump not only Prop 8, but the laws of 45 other states, including the 30 other states where the people have passed state constitutional marriage amendments.

That’s right, the Constitution drafted by our Founding Fathers contains a right to gay marriage–in their twisted view. This is judicial activism on steroids, and a flagrant disrespect for civility, common sense, and democracy."