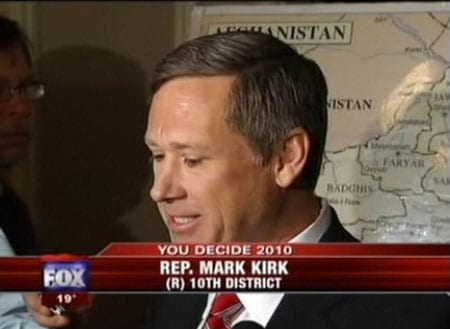 Martin, who says he considers his ad an attack on the entire Republican party in Illinois and says he isn't letting up, talked to FOX News: "[Republican Party Chair] Pat Brady has created a situation, by trying to destroy me, he has made it mandatory that I destroy Kirk."

Brady has said that Martin, who trails Kirk heavily in the polls, isn't a valid candidate.

The primary election is February 2.