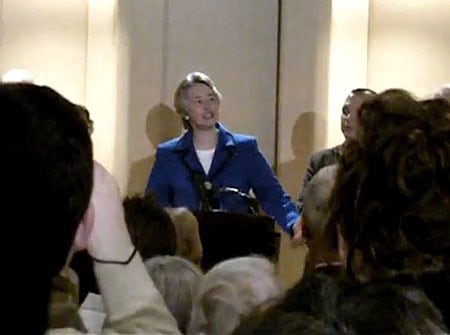 Following her private swearing-in over the weekend, Houston Mayor Annise Parker spoke with a jubilant crowd of LGBT supporters at a victory gathering last night.

Said Parker: "I have been so grateful for the opportunity in the national and international media, to talk about Houston. Now, there was a split in the media. About half the guys I talked to me said 'Houston elected a lesbian mayor!', and the other half said, 'Houston did that?'"