And here are two more videos of the same conference. Disgusting.  Head over to BTB for analysis. 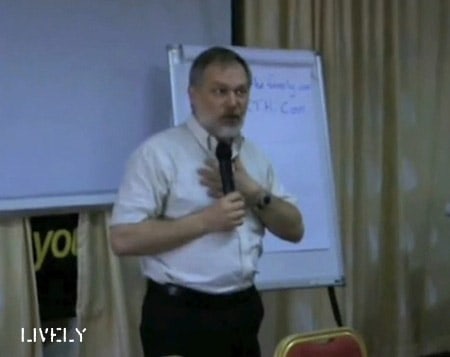 Jim Burroway, at Box Turtle Bulletin, who has done a considerably thorough amount of work chronicling the anti-gay events in Uganda, obtained three videos of Scott Lively, who participated, with Exodus International board member Don Schmierer and International Healing Foundation’s Caleb Lee Brundidge, in a March anti-gay conference in Kampala, Uganda which ultimately led to the "kill the gays" bill (the NYT recently wrote them up, as you may recall).

Writes BTB: "Two weeks after the conference, Lively bragged that he had delivered a 'nuclear bomb against the gay agenda in Uganda.' Ex-Gay Watch and Box Turtle Bulletin have obtained some videos of that conference, and for the first time we get to see what that 'nuclear bomb' looks like."

Video of Lively's speeches to the conference, AFTER THE JUMP…