Gays in The Netherlands to descend upon Cathedral of St. John en masse to protest Mass. 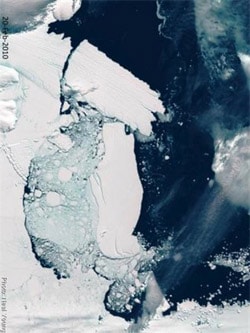 Iceberg the size of Luxembourg breaks loose from Antarctica.

Some Maryland Democrats pissed that AG Doug Gansler issued his opinion on same-sex marriage when he did: "'It'll be a campaign issue, I think. And for Blue Dog Democrats, it could be tough,' said Clagett (D-Dist. 3A) of Frederick.

'Those are issues we'd rather not have to deal with in an election year,' said Sen. John C. Astle (D-Dist. 30) of Annapolis. 'We may not have a choice. If it comes to the floor, then we'll obviously have to face it.'" Face it, bitches.

Watch: Rafael Nadal gets busy with Shakira in new video. 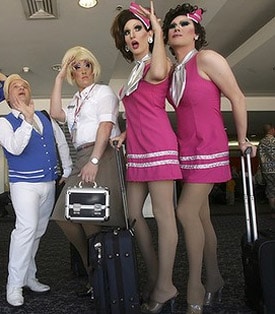 The Sixers held an “Out at the Sixers” night about four years ago, and Larry Felzer, treasurer of Gay and Lesbian Lawyers of Philadelphia and an organizer of the popular summer Gay Community Night at the Phillies, said a representative of both teams reached out to him about relaunching the Sixers event and starting a new Flyers tradition."

The rest of the photos from Terry Richardson's Jersey Shore shoot.

Why do the Na'vi in Avatar have breasts? Cameron: "Because this is a movie for human people." 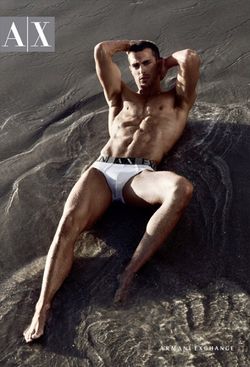 He's back. New shot of Clint Mauro for Armani Exchange.

Memorial held in Los Altos, California for Henry Stuart Matis, a gay Mormon who killed himself 10 years ago: "He was a 32-year-old gay man and devoted member of the The Church of Jesus Christ of Latter-day Saints, and after a lifetime spent struggling to reconcile the two, explained in a suicide note that 'for the first time in over 20 years, I am free from my pains. As I believed that I was a Christian, I believed that I could never be gay,' he wrote. 'Perhaps my death … might become the catalyst for much good … Your actions might help to save many young people's lives'."

Things that Dr. Seuss would rather you not remember.

Parents sue Alameda, CA school district over anti-bullying curriculum: "A pair of Alameda parents is suing the school district and school board, claiming the board violated the Brown Act by voting to readopt the anti-gay bullying Lesson 9 and to adopt accompanying literature that they said wasn't included in the staff's original recommendation.
Kerry Cook and Serena Dietrich filed a suit Feb. 18 in Alameda County Superior Court that seeks to nullify the school board's Dec. 8 vote to readopt Lesson 9 for Alameda's elementary schools until a replacement curriculum is approved and to adopt a Links to Literature guide."