Politics.co.uk has previewed what Tory MP Nick Herbert will say today at a Cato Institute forum on Conservatives and gays in which blogger Andrew Sullivan and National Organization for Marriage President Maggie Gallagher will also participate. 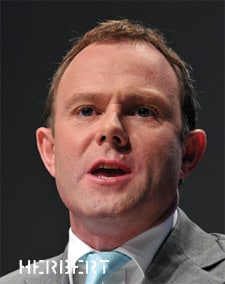 Herbert will slam the mistakes made by Tories in failing to be inclusive of gays.

Herbert will say, according to the website: "I am not here to preach or to interfere in your affairs. I am here neither to tea party nor to go clubbing. But I can tell you what happens to a party when it closes the door to sections of our society and is reduced to its core vote. It's no fun being in opposition for thirteen years. I'm one of two Conservative MPs who have taken out a civil partnership – thanks to legislation which – to their credit – the current Labour government introduced. And our party leader, David Cameron, has publicly apologised for Section 28, legislation introduced by a previous Conservative government which effectively prohibited the teaching of the validity of gay relationships in schools, a law which was deeply unpopular not just amongst gay people, but with those who saw it as a divisive and unpleasant sign of state intolerance. We needed to say sorry for a stance that was wrong. The truth is that there are millions of people who we drove away but who share our values and want to join us."

Herbert made similar remarks on a BBC program yesterday.

In related news, Maggie Gallagher was against federal interference in issues related to sexuality before she was for it.