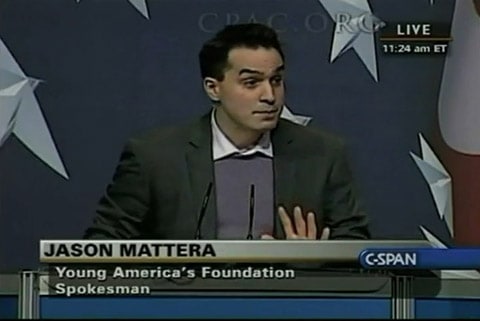 Jason Mattera of the Young America's Foundation took the podium at CPAC this morning and used a few unwitty, douchebag jokes to mock feminists, Barney Frank, and Obama's drug use.

Said Mattera: "Our notion of freedom doesn't consist of snorting cocaine, which distinguishes us from Barack Obama."