The court on Friday quashed a recent report in the San Francisco Chronicle that there was a possibility closing arguments in the federal challenge to Proposition 8 could be televised, issuing a press release intended to correct any misconceptions: 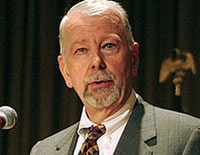 "On January 15, 2010, Chief Judge Walker withdrew his previous request to include Perry et. al. v. Schwarzenegger et. al . in the Ninth Circuit’s pilot program permitting broadcasting of district court proceedings in limited circumstances. On the same date, Chief Judge Kozinski approved the request to withdraw the Perry case from the program. Broadcasting closing arguments would require Chief Judge Walker to request that these arguments be included in the Ninth Circuit’s pilot program and approval of that request by Chief Judge Kozinski. No such request has been made."

A final round of briefs in the case were due Friday, after which Walker was to schedule closing arguments.