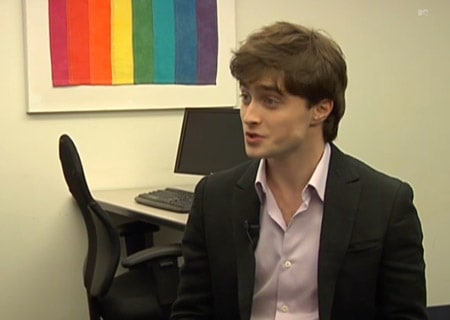 In August, I reported that Harry Potter star Daniel Radcliffe had made a major donation to The Trevor Project, the non-profit organization that operates the only nationwide suicide-prevention helpline for LGBTQ youth. On Friday, he shot a PSA for the group which will air this spring.

Radcliffe talks about his involvement with the project to the AP and to MTV,
AFTER THE JUMP…