FOX News turns to its "experts" for discussion of a bill recently introduced by Rep. Jared Polis (D-CO): "The Student Non-Discrimination Act (SNDA), or H.R. 4530, was introduced late last month by Colorado Rep. Jared Polis, with 60 co-sponsors. Polis, the first openly gay man elected to the House as a nonincumbent, said the legislation will put lesbian, gay, bisexual and transgender students on 'equal footing' with their peers, much as Title VI of the Civil Rights Act of 1964 did for minorities and Title IX did for women." 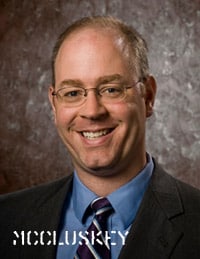 Said Neal McCluskey, associate director of the Center for Educational Freedom at the Cato Institute: "The real danger is how this will be interpreted. The definition of harassment could be broadly interpreted that anybody who expressed a totally legitimate opinion about homosexual behavior could be made illegal.That's a violation of those kids who want to express opposition to LGBT opinions or behavior. People have a legitimate reason to be concerned about this — not because they're 'haters' but because you're now trying to balance different rights."

Because god-forbid budding bigots be stifled.

And then they turn to Mat Staver of the Liberty Counsel, who can't help but remind people that it must be the work of scary gay safe schools Kevin Jennings, and all the homophobic right-wing distortions surrounding anti-bullying:

"It seems pretty consistent with Kevin Jennings being appointed in the Obama administration. When [Jennings] founded GLSEN, his idea of a safe school was one that pushed a radical homosexual agenda by even encouraging first and second-graders to engage in homosexual activity. So I think that's the impetus behind this bill. We have an administration that wants to push a radical social agenda."