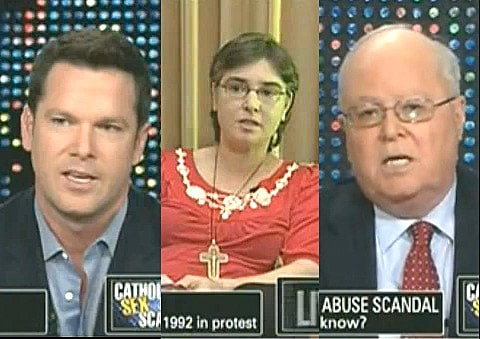 Donohue continued to defend the Pope and reiterated his false claim that priests aren't pedophiles, they're homosexuals.

Said Donohue (in part 3): "It's not pedophilia. Most of the victims are post- pubescent. You have to get your facts straight. I'm sorry. If I'm the only one who is dealing with facts tonight, that's it. The vast majority of the victims are post-pubescent. That's not pedophelia, buddy. That's homosexuality…Post-pubescent means beyond puberty. In other words, you're adolescent. That's what homosexuals do, and of the molesters have been homosexuals in the Catholic church."