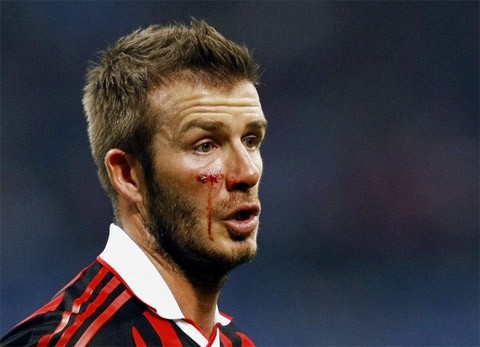 AC Milan's David Beckham suffered a potentially career-threatening injury on Sunday as he tore his left Achilles tendon during a match with rival Chievo. He was taken off the field on a stretcher and flown to Finland for emergency surgery:

"Beckham pulled up unchallenged in the center circle, hopped on his right leg, then fell to the turf with only minutes remaining in A.C. Milan’s 1-0 victory over Chievo Verona at the San Siro.Reuters reported that Beckham was shouting: 'It’s broken! It’s broken!' as he was carried off in tears on a stretcher.

Video of the injury, AFTER THE JUMP…

The surgeon said there was 'a glimmer of hope' he would recover for the World Cup: "Surgeon Sakari Orava said Beckham could not be expected to be fit just three months after surgery but that he did not rule it out.'I suppose it would be realistic to presume he would not really be fit enough, but there have been these miraculous incidents when a person has been fit enough to play top level football three months after (surgery),' Orava told Finnish broadcaster YLE."There's a little glimmer of hope still alive here," Orava added." 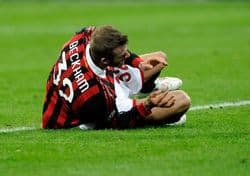 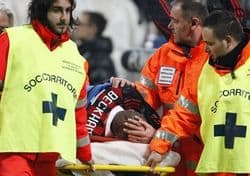