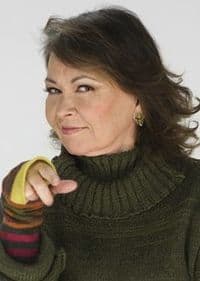 Roseanne has taken to her blog to blame both the Mormon Church and Marie Osmond for the suicide of Osmond's son. In a post titled "Marie osmonds poor gay son killed himself" Roseanne proceeds to explain why the teenager, who had been reportedly fighting depression, took his own life last week. She continues:

"because he had been told how wrong and how sick he was every day of his
life by his church and the people in it. Calling that "depression" is a
lie!

Yet the Osmonds still talk lovingly about their church, saying nothing
about its extremely anti-gay Crusade. Marie also has a gay daughter!
Hey, I want her and all the gay kids in the world to know that they are
just fine being gay and that they deserve love and respect instead of
insults and rebuke! I have gay people in my family and my circle of
friends and I am kicking bigot ass and taking names!"