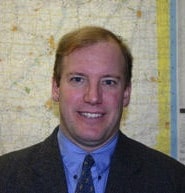 According to the  Naperville Sun:

“President of Americans for Truth About Homosexuality Peter LaBarbera says he has ‘taken issue’ with that, and is asking for a public apology from the organization and a debate with its president, Mark Potok. His organization, he says, while against homosexuality, is not a hate group. ‘You can disagree without being hateful,’ LaBarbera said.”

The Liberty Counsel’s Matt Barber defends LaBarbera with what might be one of the most unintentionally comical quotes I’ve read all week:

“But seriously, if [Peter LaBarbera’s Americans For Truth About Homosexuality] is a “hate group,” then so is Liberty Counsel, Focus on the Family, Family Research Council, American Family Association, the Southern Baptist Convention and the Roman Catholic Church. Any group that observes and defends traditional sexual morality would have to be labeled such.”