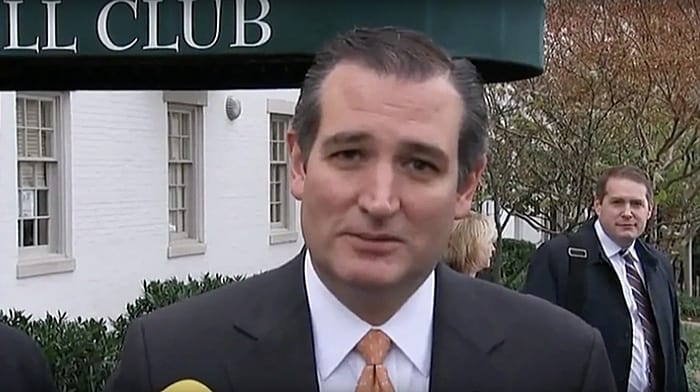 The call was organized by E.W. Jackson, a failed GOP nominee for the post of Virginia’s Lieutenant Governor, and anti-gay activist Peter LaBarbera. 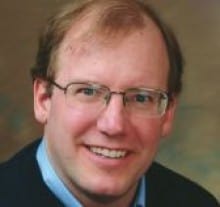 LaBarbera asked Cruz about “the gay agenda”, specifically what he would do to “reverse and neutralize the Obergefell decision of the Supreme Court”, “end Obama’s policy of actually flying the rainbow flag at U.S. embassies worldwide”, and halt “the Equality Act, which I’m calling the Homosexual Superiority Act, in Congress.”

“It is the decision reminiscent of Roe v. Wade of a handful of unelected judges arrogantly and lawlessly decreeing the authority to fundamentally change our country and to tear down the foundations of the country,” Cruz added.

He also criticized Republicans who decided to “surrender” to the Supreme Court and treat Obergefell as the “settled law of the land.”

“My response to this decision was that it was illegitimate, it was lawless, it was utterly contrary to the Constitution and that we should fight to defend marriage on every front,” he said, before promoting constitutional amendments to overturn the ruling and put justices up for retention elections, along with legislation “to strip the federal courts of jurisdiction over challenges to marriage.”

Cruz also said he wants “to strip the federal courts of jurisdiction over challenges to marriage.” He added, “we will not use the federal government to enforce this lawless decision that is a usurpation of the authority of we the people in this country.”

On LGBT rights as they pertain to military service, Cruz remarked that he was “just hearing terrible things” about the military being “beset with these new LGBT rules”:

For example, the military is now focused on trying to promote transgendered [sic] soldiers. The role of the military is not to be some left-wing social experiment. The reason we have the brave men and women who sign up as service men and women to defend this nation is to stand for our values, to protect our safety and security, to protect innocent men and women and to stand up and defeat our enemies, and I would stop the shameless politicizing of our military to push a left-wing agenda that is contrary to the values and contrary to who we are as an American people and a nation founded on Judeo-Christian values.”

LaBarbera praised Cruz for his anti-gay advocacy, calling him a “real believer” who is “not one of these candidates who is going to say, ‘I believe in traditional marriage but I would attend a gay wedding if it was a friend of mine.’” That being a not-so-thinly veiled reference to Ohio Governor John Kasich.

Listen to the phone call, below: