Albanians protest after Big Brother contestant declares he's gay: "On 11 March demonstrators on the streets of Lezhë protested, 'Lezha is clean – we have no homosexuals' and demanded Klodi’s removal from the Big Brother house." 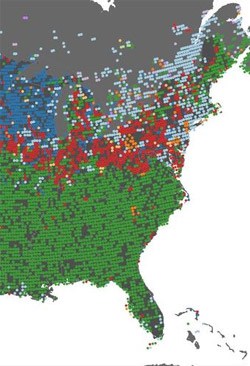 Michael Crawford on the take-away from last week's activism explosion from GetEQUAL: "GBT groups from Human Rights Campaign and National Gay and Lesbian Task Force to state advocacy groups and GetEQUAL have a real opportunity to better coordinate their organizational tactics and missions. We have similar goals and little time for the usual community drama and in-fighting. Nothing would please the anti-gay right more than for the LGBT movement to split into warring camps over differences in strategy."

GLAAD throws a special reception for the cast of Glee.

Shia LaBeouf and his sweaty beard run the L.A. Marathon.

Deans of Berkeley, Harvard, Stanford, and Yale send letter to Senate Armed Services Committee urging repeal of "Don't Ask, Don't Tell": "In recommending that Congress repeal the policy, the deans’ letter claims that it 'directly obstructs our efforts, preventing some of our best and brightest from serving their country in the Armed Forces.' The letter also describes the policy's effects as 'marginalization, exclusion, and denigration,' states that 'discharging gay, lesbian, and bisexual service members merely because of their sexual orientation is never justified,' and contends that military readiness 'is enhanced, not compromised, by ending discrimination that prevents the military from drawing on the broadest pool of talent.'" PDF of letter here. 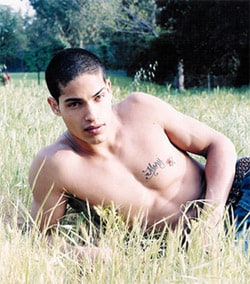 Building Bridges: Equality Across America conference to be held in northern California.

Jude Law cleans up nice for the Laurence Olivier Awards.

Ewan McGregor signs on to Madonna-directed film about Wallis Simpson.

ACLU wants Rapid City, South Dakota to pay $800,000 to Jene Newsome for outing her to the U.S. Air Force, who then discharged her under "Don't Ask, Don't Tell": "In addition to financial compensation for Newsome's lost wages and benefits, the ACLU wants an apology to Newsome for the disclosure of her private information to the Air Force; a police department policy regarding privacy and prohibiting officers from releasing information to the Air Force with specific reference to any information about a person's sexual orientation, and a written reprimand for the officers involved." 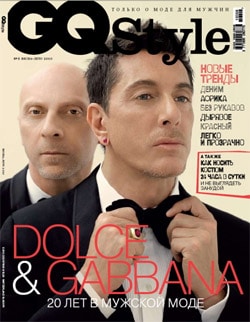 Tina Fey doppelganger has all the answers to Lost.

Turkish gays hold tomato protest against Turkish Family Affairs minister Aliye Selma Kavaf, who said last week that homosexuality is a disease and gays should be treated: "In the statement it released at the protest, Lambda countered that it believes that it is not homosexuality but homophobia, transphobia and discrimination more generally that are disease in need of treatment. Lamdaistanbul has also announced that it has nominated the minister Kavaf for its annual 'Hormone Tomatoes Homophobia Award.' The theme of the Hormone Tomatoes Award also carried over to Lamba protest. Participants threw rotten, genetically modified tomatoes at Kavaf in effigy."