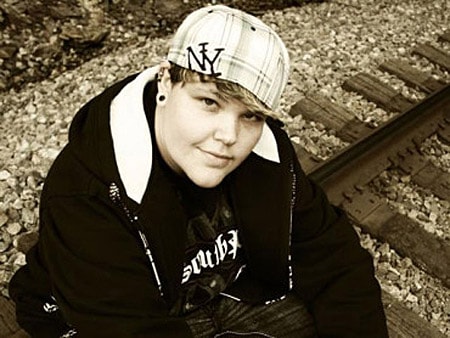 Cheyenne Williams, the 18-year-old Kentucky high school student who three classmates tried to push off a cliff because she's a lesbian, won't be returning to school this year:

"Dee Johnson said she is concerned her daughter, Cheyenne Williams, wouldn't be safe if she returned to finish her senior year.
Even if the girls accused of attacking Williams weren't back at school, some of their friends would be, Johnson said. Johnson said her daughter has enough credits to graduate.
Corbin attorney Tim Crawford, who represents the county school board, said it's not surprising that Johnson would want to withdraw her daughter. But Crawford said if Williams came back to school, officials would do everything possible to ensure her safety."

Some additional info from CBS News: "School officials said the 'Day of Silence' anti-violence event Friday, promoted by the national Lesbian, Gay, Bisexual & Transgender Alliance, did spark some controversy on campus. While some students wore stickers in support of the observance, others protested the event by wearing stickers that said 'Gay is not the way.' It wasn't clear which side of the debate the three suspects were on."

Previous Post: « 126 Days in the History of the Sky
Next Post: PA House Candidate Accuses Rival of Faking Bisexuality for Votes »