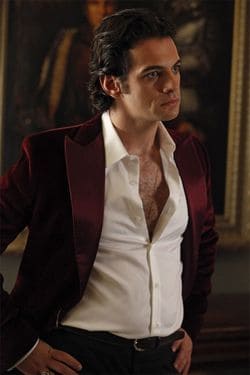 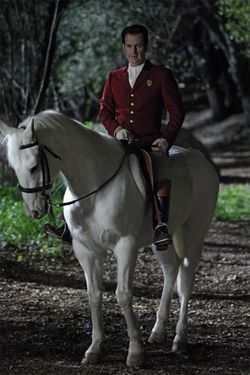 "Denis O'Hare's Russell Edgington aka 'King of Mississippi' riding a horse is pictured separately from his gay lover, Theo Alexander's Talbot. King of Mississippi is to have a serious business with Queen Sophie-Ann. Meanwhile, Talbot has 'acerbic sense of humor and loves to cook despite vampires' inherent lack of cooking talents.'"

In related news (and not like we all didn't assume this already, but it's been confirmed), Charlaine Harris, author of the Sookie Stackhouse novels on which True Blood is based, says she had the gay community in mind while writing them:

"Speaking to SFX, the author said that she used vampires as a metaphor for 'alienated minorities'.

'Vampires aren't just vampires,' she said. 'Y'know, a cigar isn't just a cigar, they're so useful as a metaphor for alienated minorities. In this case, I was thinking specifically of the gay community.'"

On that note, check out the latest piece of promo art for the series: 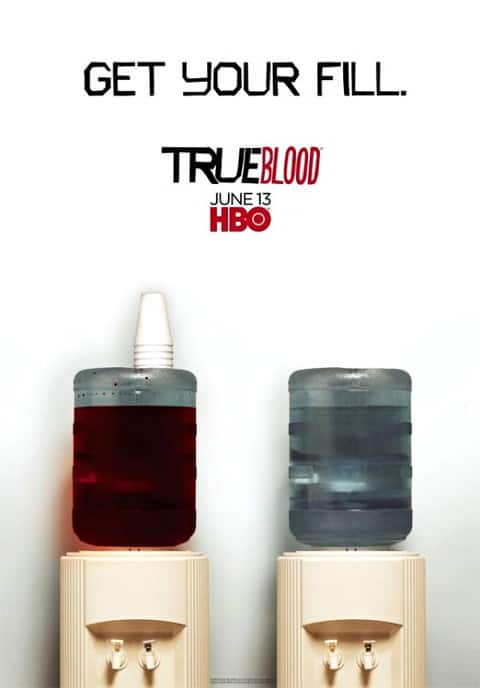