Additional parts of the piece are HERE. 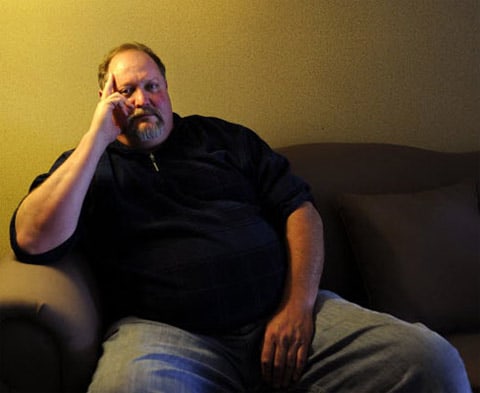 Nate Phelps, the estranged son of fag-hating soldier-hating, America-hating Westboro Baptist Church pastor Fred Phelps, spoke out against him in an interview that aired last night on Vision TV in Canada:

"In his first in-depth television interview, he tells journalist Peter W. Klein about a childhood dominated by a fear of going to hell, and says the Westboro Baptist Church shares some of the same traits as a cult.Phelps says his father regularly beat his mother and 11 siblings, used racial epithets and blamed the world’s problems on homosexuality….In the interview, Phelps says that his father was once a brilliant and well-respected lawyer who led several anti-segregation cases and was honoured by the NAACP as a civil rights hero.Nate Phelps now considers himself an atheist."

If I can find video on the Vision TV Phelps interview, I'll post it. For now, here's a recent segment from the Centre for Inquiry, AFTER THE JUMP…