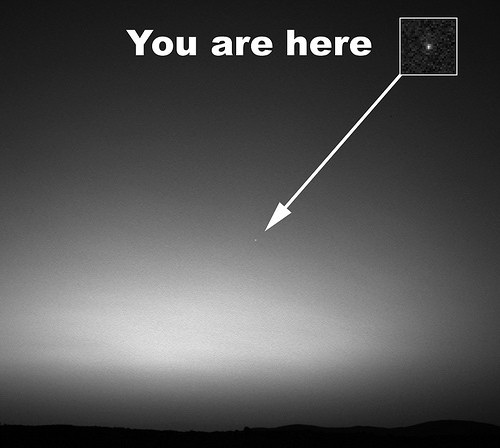 An upload to Flickr today from the Goddard Space Flight Center.

NASA writes: "This is the first image ever taken of Earth from the surface of a planet beyond the Moon. It was taken by the Mars Exploration Rover Spirit one hour before sunrise on the 63rd Martian day, or sol, of its mission. (March 8, 2004)

Similar in tone to this gorgeous view of a Martian sunset.