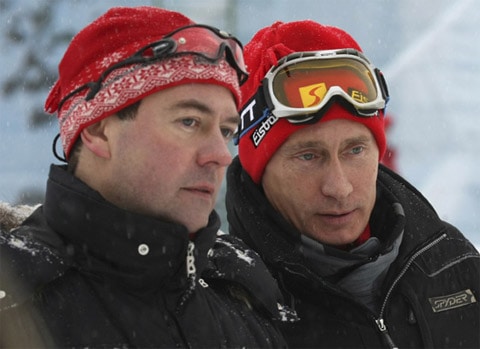 Russian Prime Minister Vladimir Putin, on a visit to Italy, responded to a reporter's question about his close relationship with Russian President Dmitri Medvedev, denying there was anything romantic about their "marriage."

During a visit to Italy, Mr. Putin mocked a question from an Italian reporter who wanted him to explain the secrets to success in a “political marriage.” Mr. Putin has led Russia jointly with Mr. Medvedev for the past two years, after term limits prevented Mr. Putin from running for a third consecutive term as president.

Mr. Putin said the question had been phrased “in a very literary way.”

“Mr. Medvedev and I are people of a traditional orientation,” Mr. Putin said. “I can tell you this with complete certainty. As for marital unions, you have exaggerated a bit. But we are friends, friends for many years, I have already said this. And the way that we have arranged our work today — it seems to me, we can be proud of this.”

Mr. Putin was speaking at a news conference with Prime Minister Silvio Berlusconi of Italy, with whom he has long had a close (working) relationship.

When it was his turn to speak, Mr. Berlusconi added his own quip.

“I have experience in many areas: in urban planning, in publishing, in sports, in television, in public works,” Mr. Berlusconi said. “But I have not done so well with regards to marriage, so I will not begin to give advice.”

Of course, with their matchy outfits (these shots from a January 09 trip) and Putin's 'Brokeback' aspirations, they'd fit right in at Aspen Gay Ski Week. 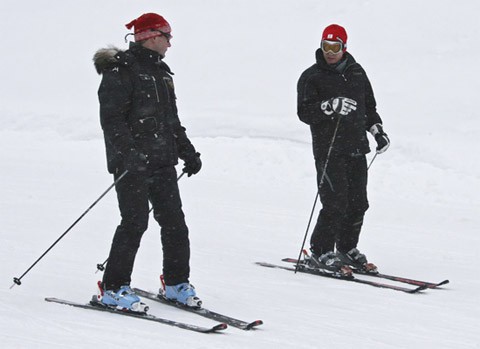