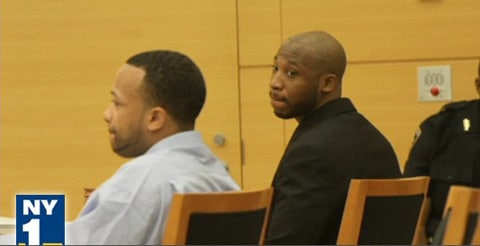 The trial has begun in the December 2008 killing of Jose Sucuzhañay in Brooklyn. 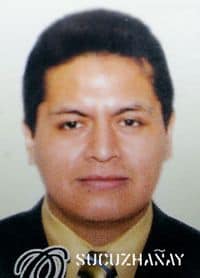 You may recall that Sucuzhañay and his brother Romel, two Ecuadoran immigrants, were walking home arm-in-arm after a night of drinking in the Bushwick neighborhood of Brooklyn and were attacked because they were perceived to be gay, although anti-Hispanic slurs were also used during the assault. Sucuzhañay was beaten with a bottle and an aluminum baseball bat. He died days later.

NY1 reports: "Keith Phoenix, 30 (above left), and Hakim Scott, 26 (above right), face possible life sentences in connection with the death of Sucuzhañay, 31, who was killed in Bushwick in December of 2008.

The trial is featuring two juries, one for each defendant.

Testifying yesterday were the first officer to respond to the scene and a cab driver who witnessed the beating, Gay City News reports:

“'I didn’t want to see the head explode when it was hit,' said Davi Almonte, who testified through an interpreter on April 20. 'I could hear the impact.' … Almonte testified that he saw the brothers pause near a red SUV. José lifted his leg and 'he tried to touch the SUV,' Almonte said. He then saw a man exit the SUV and strike José with a bottle. 'The one that came out hit him with a bottle on the head,' Almonte said, adding that the man who was hit 'went down to the floor.' He then saw another man strike José 'around seven, eight times' with a bat.

The trial is ongoing…