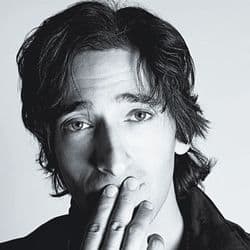 Adrien Brody discusses an incident on his "gentleman's farm", where he keeps chickens, roosters, and until recently, goats:

"The movie star reveals his ex-girlfriend talked him into buying goats as pets when he bought a New York state farm, but he was conned into buying two males when he asked for females.

And Brody quickly realized that one of the goats was gay and the other was terrified. He explains, 'The more well-endowed goat took a liking to the other one and I swear it was traumatic. There was a lot of crying and goat noises and I felt incredibly guilty and I didn't know what to do. I had homosexual goats.'

The actor admits the goat love got the better of him and he had to let his odd pets go. He adds, 'It's best when you have goats that are that gay to just let them free… because I felt that they were in captivity and the one was receiving a lot of aggression on the other one's behalf.'"