George Alan Rekers, the anti-gay Christian leader who was caught recently returning from vacation with a young man he met on the website rentboy.com, sent a very interesting email to Dave Weigel at the Washington Post attempting to beat down some of the allegations that have surfaced as a result of his trip. 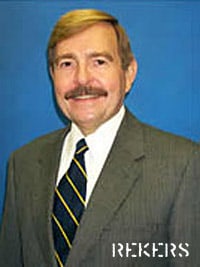 Said Rekers: "I have been advised to retain the services of a defamation attorney in this matter, because the fact is that I am not gay and never have been."

Rekers also sent along a questionnaire he had his "travel assistant" fill out:

Here are the four questions that I sent my travel assistant at his request two days ago, together with the answers we agreed on in our phone conversation this afternoon: 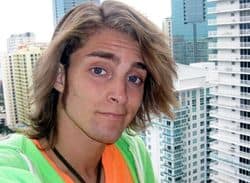 The only problem with Rekers little survey is that almost every point in it has been expanded upon in great detail by the 'rent boy' Jo-Vanni Roman in a wide-ranging interview with Joe Jervis.

"Jo-Vanni says their accommodations were far from deluxe and that their hotel in London was 'like a crappy Days Inn or something.' It was in those budget hotel rooms where he and Rekers had their daily erotic nude massage sessions. Jo-Vanni confirmed to me the 'anus long-stroking' technique reported by the Miami New Times, but says that's as far as things went. He says that Rekers never suggested taking things further, but that Rekers' cock was 'rock hard' during the massages. 'So it was definitely sexual for him?' I asked. 'Oh, for sure!' he replied. And in that way that 20 year-olds speak, he added, 'He was definitely totally gay for me.' I asked, 'And you didn't think it was strange that he didn't at least want to blow you?' He hesitated. 'Yeah, at first, I guess. But it kinda felt like maybe he was just getting started, you know, like he was new to gay sex, maybe.' (This I doubt highly, but didn't say so to Jo-Vanni.)
"

Joe also writes that Jo-Vanni is set to do an interview with Anderson Cooper this morning.

In related news, any trace of Rekers has apparently been scrubbed from the University of South Carolina's website.

And The National Association for Research and Therapy of Homosexuality (NARTH) offers up an official statement on Rekers:

The National Association for Research and Therapy of Homosexuality (NARTH) is a professional scientific organization with hundreds of academic, research, and clinical members dedicated to assisting individuals dealing with unwanted homosexual attractions. While NARTH is focused on the science of homosexual attraction, personal controversies often deepen the existing cultural divide on this issue. Such is the case in the recent news stories concerning one of our members, Dr. George Rekers.

NARTH takes seriously the accusations that have been made, and we are currently attempting to understand the details behind these press reports. We are always saddened when this type of controversy impacts the lives of individuals, and we urge all parties to allow a respectful and thorough investigation to take place.

At this difficult time for the families and individuals involved, we extend our sympathies. We also wish to reiterate our traditional position that these personal controversies do not change the scientific data, nor do they detract from the important work of NARTH.