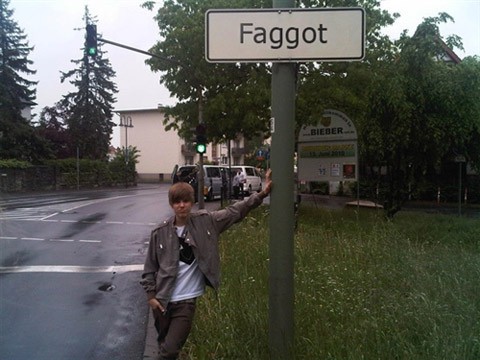 A photo began circulating the web yesterday which showed YouTube crossover phenom Justin Bieber posing next to a sign reading "Faggot" which was quickly picked up by gossip sites as proof that Bieber is some sort of aspiring homophobe/Hitler youth.

Except that the photo was one originally posted by Bieber on Twitter, posing next to a sign in a German town bearing his surname. 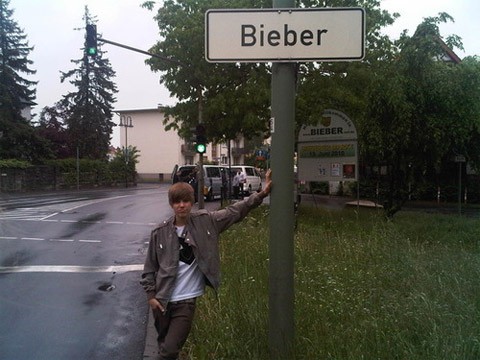