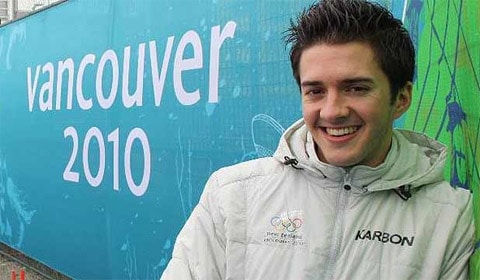 "The first real issue was that I was there [at the Olympics] to compete – to focus on my skating – and to not have the focus on my sexuality. We are not yet at the point in society where being gay sportsperson is not a big deal. If I was asked during any of my twenty-something interviews at the Olympics whether I had a boyfriend or a girlfriend – in the same sentence – I would have replied honestly, but I may have replied hesitantly…Gays are too often given a stereotype. Back when I was 18, and becoming serious about my sport and my Olympic goals, if I could have seen an athlete like myself out there – with whom I could relate to – my journey would have been a lot easier.  [American figure skater] Johnny Weir meets a specific stereotype, I meet a specific stereotype and [Welsh rugby player] Gareth Thomas meets another. Being gay is just like any other personality trait: it’s multifaceted. I can’t personally relate to Weir or Thomas, and nor will many other young gay athletes out there. But maybe some of them will see something in me to relate to. The more types we provide, the more we’ll appeal to people [who are struggling with their sexuality.]"