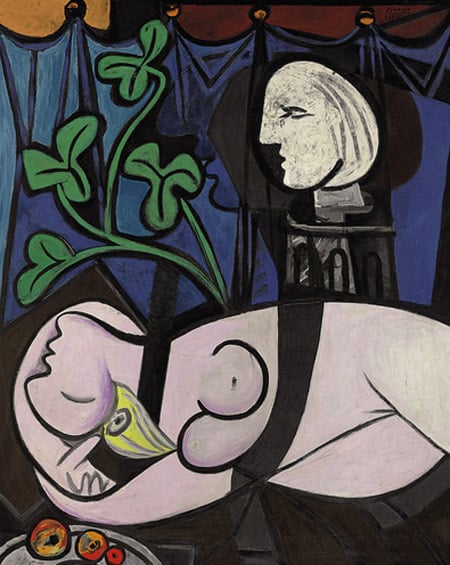 "Nude, Green Leaves, and Bust", a 1932 work by Pablo Picasso, last night became the most expensive painting ever sold at auction:

The painting was part of the collection of the late L.A. philanthropist Frances Lasker Brody. Picasso painted it in a single day.