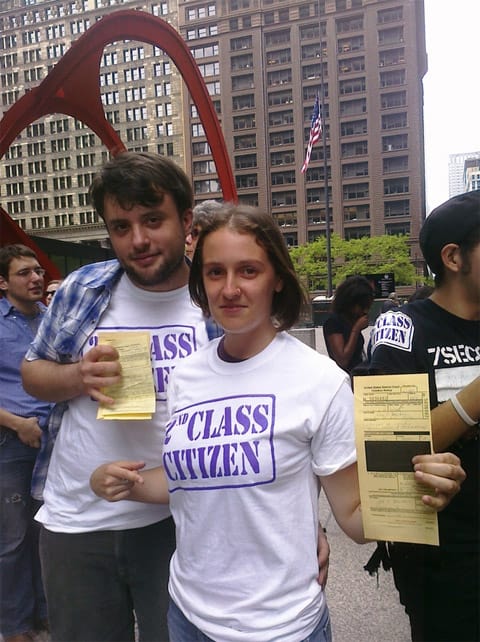 Thirteen gay activists in Chicago have been arrested, cited, and released following a flashmob and sit-in protest at Senator Dick Durbin's office over his lack of response to a pledge to support a transgender-inclusive Employment Non-Discrimination Act (ENDA). 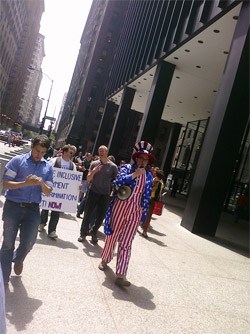 "The activists arrived in Senator Durbin’s office at noon during a protest in support of ENDA that was taking place in front of the Federal Building. With Pledge in hand they arrived and stated they would not leave until the Senator signed the pledge. The Senator was not in the Chicago office and when the group asked to speak to the Senator via phone, they were told 'that is not possible.' They refused to leave until the pledge was signed. The staffer then called the Federal authorities to have them removed from the office.

'I am here because we can no longer sit around and wait for our rights to be handed to us by politicians, we must demand our rights from them,' said Lindsey Dietzler of LGBT Change and one of those arrested. 'We have to be here to fight for those who are forced to remain invisible and deny who they are just to make a living. I want Senator Durbin to know that until there is full federal equality for every queer citizen, no one in this country is free.'

Below, a photo via Twitter, of the activists in Durbin's office. Above, after the arrest. The group also launched a petition urging Durbin to become an advocate for a trans-inclusive ENDA. 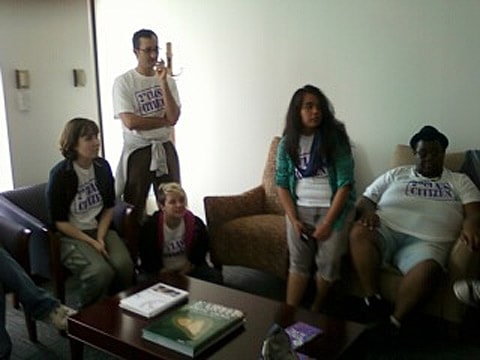