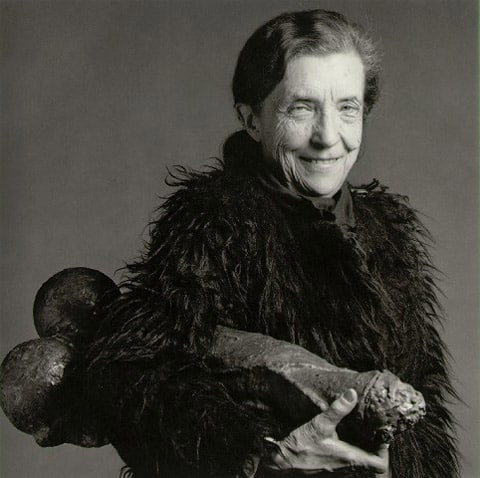 Sculptor Louise Bourgeois has died at 98. Above, an iconic portrait of her by Robert Mapplethorpe:

"Ms. Bourgeois’s sculptures in wood, steel, stone and cast rubber, often organic in form and sexually explicit, emotionally aggressive yet witty, covered many stylistic bases. But from first to last they shared a set of repeated themes centered on the human body and its need for nurture and protection in a frightening world…mong her most familiar sculptures was the much-exhibited 'Nature Study' (1984), a headless sphinx with powerful claws and multiple breasts. Perhaps the most provocative was 'Fillette' (1968), a large, detached latex phallus. Ms. Bourgeois can be seen carrying this object, nonchalantly tucked under one arm, in a portrait by the photographer Robert Mapplethorpe taken for the catalog of her 1982 retrospective at the Museum of Modern Art. (In the catalog, the Mapplethorpe picture is cropped to show only the artist’s smiling face.)"

I was always pleased by her spiders: 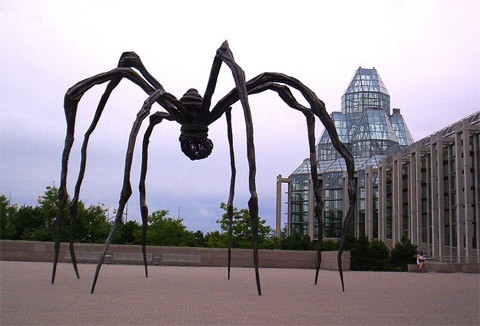 Previous Post: « To Those Who Have Fallen in Service to Our Country
Next Post: Peter Orlovsky, Poet and Partner of Allen Ginsberg, Dies »